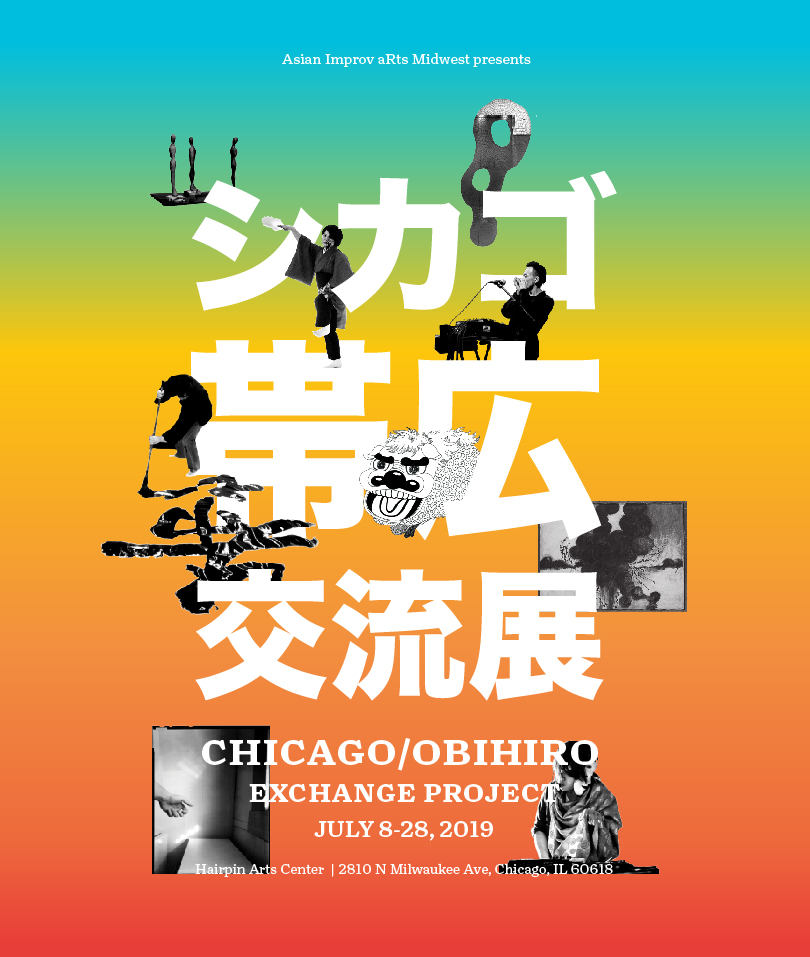 The second iteration of the Chicago Obihiro Exchange Project took place in summer 2019.

The exchange culminated in an exhibition “思考回路 / Shikou Kairo: Patterns of Thought” at the Hairpin Arts Center.

The 2019 exchange began with Kiyomi and Kioto going to the Obihiro/Tokachi region for a month-long residency in June to create work for the Chicago exhibition. There they met with local community members ranging from artists to cafe startups to learn about the social and cultural landscape of this region. Kiyomi produced illustration-based narrative caricatures while Kioto created a pinhole series making cameras out of materials received from each participant to photograph their workspace, concomitantly creating two itinerant darkrooms.

“思考回路 / Shikou Kairo: Patterns of Thought” opens with a one-week solo presentation of Chicago-based calligrapher Hekiun Oda, followed by a group exhibition featuring  Japanese artists Daisaku Ueno and Masanori Umeda, and Hiroshi Mehata. Framing the conversation around what it means to be defined as a Japanese artist, particularly outside of Japan, the exhibition presents artists who deal with a vernacular of aesthetics rather than a vernacular of didactics. The artists here are inherently influenced by their Japanese cultural background, yet the content of their work goes beyond a retroactive search for a cultural identity. Their mode of practice is grounded in how the innate nature of growing up with the language, culture and traditions manifest a visual or affectual aesthetic. The international dialogue between Chicago and Japan maintains a global perspective integral to the landscape of contemporary art.

Throughout the three weeks, AIRMW presents a variety of public presentations: artists talks, calligraphy and tea ceremony workshops, performances by Tsukasa Taiko, Shubukai, and Toyoaki Shamisen; including local performance artists and musicians of the Japanese diaspora.