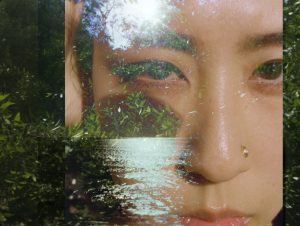 Zhuoyun (Yun) Chen is a multimedia artist and filmmaker. Her most recent work experiments with abstract shapes and artificial objects as means of exploration of the multiple aspects of sexuality, such as what constitutes androgyny. Yun received an M.F.A. in Film and Video from the California Institute of the Arts in 2017. She graduated with a B.F.A. from School of the Art Institute of Chicago in 2012. Her works have been screened in festivals, galleries, and cinemas in the US and internationally. She lives and works in Los Angeles. 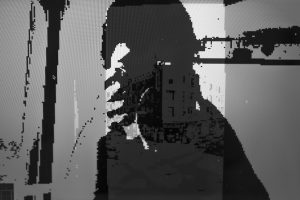 Hua Xi Zi works and thinks about light and the experience of seeing – in exploring the flowing life and one’s relation with outside systems. From celluloid film, analogue video signal to digital video processing, screen-based and optical projections, installed and performed, Xi Zi questions the existing methods of shadow-image production by experimenting alternative ways to “un-expose.” Her practice and research turned into the materiality while asking questions about spectatorship and participation – seeking for the tenderness that withholds freedom and forgiveness. 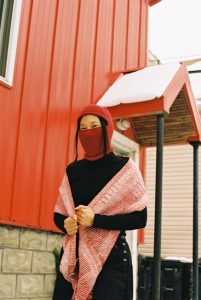 Jennifer Chen-su Huang is an artist and writer whose process-driven works interweave elements of craft tradition, language, history, and memoir. She is currently an artist-in-residence at Chicago Artists Coalition’s HATCH program. In 2017-2018, she completed a Fulbright Fellowship in Taiwan, where she was a Research Fellow with the Ethnology Department at National Chengchi University, as well as a Visiting Artist at Tainan National University of the Arts. She graduated with her MFA in Fiber and Material Studies from the School of the Art Institute of Chicago and received her BA from the University of California, Berkeley. In 2018, she presented her research at the Textile Society of America’s biennial symposium and was selected for the New Professional Award.

Huang has exhibited internationally at Haiton Art Center in Taipei and across the United States at Untitled Prints and Editions in Los Angeles, Kearny St. Workshop in San Francisco, and Gallery 400 in Chicago, among others. 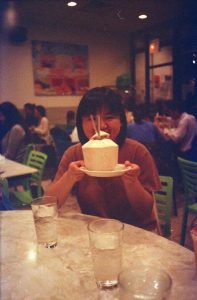 Hu Liwei works with moving image. She holds a MFA in FVNMA from the School of the Art Institute of Chicago. Her stage name is Young Coconut, but she is not a rapper. As a practicing “coconut” from Chongqing, China, Liwei does not eat chili pepper. 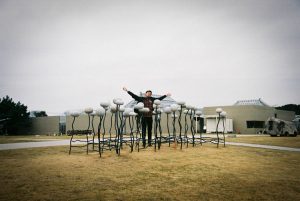 Naoki Nakatani is a performance artist from Japan, whose work emphasizes the system of coexistence, both in social and micro scale. Each fragment of the world compromises and contradicts with one another. They make such shifts (performance) to stay together. Interpreting performance as a force, he facilitates systematic events that draw attention to our never ending participation in the world. 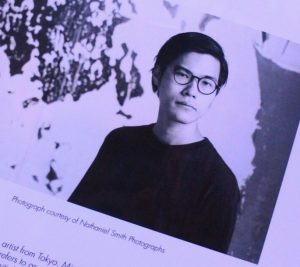 Shinnosuke Miyake is a Japanese artist from Tokyo. He received his BFA from School of Visual Arts in Painting, and received his MFA in Sculpture at School of the Art Institute of Chicago. He does not confine himself to a single way to express, but uses a variety of techniques and materials to create painting and sculpture works which is focused on the interest of himself between an invisible feeling and an object. Miyake’s work has been shown in New York, Chicago and Tokyo. 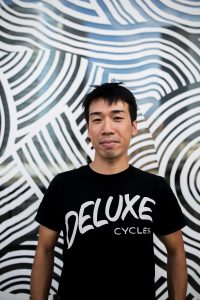 Taro Takizawa is an artist who focuses on printmaking, wall vinyl installations, drawings and 2D designs. Born in Japan, he has been making images connecting what he has experienced in Japan where he grew up and, in the U.S. since he moved here in 2002 and currently resides. His works contains both western and eastern aesthetics with appreciation of traditional printmaking processes and mark making. He is fascinated with blending the boundaries of contemporary studio practice and traditional processes, printmaking and installations, influenced by traditional Japanese patterns from textile designs, architecture and crafts.

He received his BFA with a printmaking emphasis from Central Michigan University in 2011, and MFA in printmaking from Syracuse University College of Visual and Performing Arts in 2017. While working on his master’s degree, Takizawa has exhibited nationally and internationally such as Chautauqua Institution School of Art, its student exhibition at Fowler-Kellogg Art Center, PARADOX European Fine Art Forum and its exhibition at CK Zamek in Poznan, Poland; and ArtPrize 10 at Grand Rapids Public Museum, LUX Center for the Arts, Ty Pawb in Wales and China Printmaking Museum. And recently went to artist residencies at Saltonstall Foundation for the Arts in Ithaca, NY, and Morgan Conservatory in Cleveland, OH. 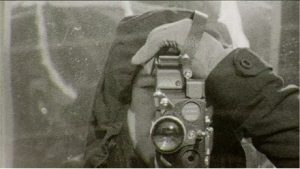 Rebecca Tsai is a Taiwanese artist based in Chicago and Taipei.

Coming from Changhua, Taiwan, Tsai has been working in the film industry for a decade since she graduated from college. She is an experienced filmmaker as well as a video artist. Her works mainly deal with the identity of immigrants, migrants, or people who are inhabited in- between two spaces. She is interested in exploring the contradictions that happen on individuals because of the complicated ideology toward their identity that is caused by global migration, and transferring those realistic conflicts into cinema elements in her works.

Tsai is interested in utilizing different imagery textures to imply certain moments or memories and mostly integrates the media of both digital and 16mm celluloid in her film works. In her non-fiction film works, she records the banality of immigrants and captures their paradoxical emotion of nostalgia and resistance to their birth place while residing at new places. Through exploring those cracks that caused by the shifting time and space on immigrants, she furthermore discusses the influence of capitalism and post colonialism that are led by great nations on individuals. Tsai also presents the issue of racial barrier and social class differences in her video installation works. Through the relationship of viewers, projection, and objects, Tsai tends to create spaces that seem to be symmetric while with nunauce and invite the viewers to experience the sensational transition when wandering in her works. The visual, hearing and physical senses are often designed to affect viewers’ mentality, because she believes that the body is the most intuitive way to trigger viewers’ empathy and lead the people who stand on the opposite side to start a rational conversation.

She received her MFA from the School of the Art Institute of Chicago in 2018. 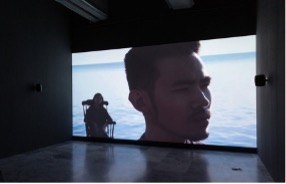 Yao Yi Wang graduated from the Department of Communication of National Chung Cheng University and received his MFA degree in 2019 from the School of the Art Institute of Chicago, USA. He has continued to participate in the film industry since 2010 and has been involved in the film production of more than hundreds of films, including feature-length films, short films, music videos, and advertisements.

Working with experimental modes in film and cinematic installation, Wang’s personal practice articulates the impact of several global historical moments during the Cold War as well as the repetitive cycles of history. He particularly focuses on the diaspora after 1949. By illustrating how human beings survived in the ideological state apparatus, namely the “homogenous and empty time” after the perish of the large structure, he explores how the current Taiwanese ideology be shaped by the historical trauma that has been transferred to the present time.

Wang experiments being the combination of creator and subject in his film projects. By employing cases from field research and himself as the carrier to fabricate both the fictional and non-fictional elements, Wang presents multiple interpretations of the same historic moment from distinctively individual memories in order to explore the possibility of untold truths. He believes that the experimental film should be in a nomadic state. By combining digital shooting, 16mm film, and archive footages, he explores the way to liberate the film from the single mode of narrative, documentary, and experiment, and utilizes it as a way for viewers to experience complex content. 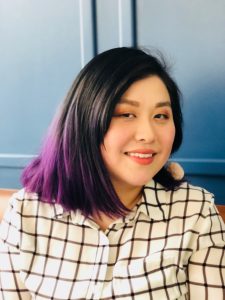 Kiyomi Negi is a second generation Japanese and Chinese American illustrator and multidisciplinary designer born and raised in Chicago. She has over 11 years of experience working as a creative consultant for a wide range of industries for local and international clients, specializing in design, visual storytelling, branding, and illustration. In her personal work, her style draws heavy inspiration from her heritage. Her pop, comical drawings reminiscent of mangas and animation she grew up consuming and her graphic experiments driven by the latest Japanese and American design trends. As a bilingual and tri-cultural Windy City native, Kiyomi finds joy in blending (Mid)Western aesthetics with Eastern sensibility to explore a distinct visual language unique to her lived experience.

Kiyomi is also an established Japanese drummer at Tsukasa Taiko, the largest taiko ensemble in the Midwest. She currently leads the active National Gintenkai Project professional performance unit, completing an average of 70 shows a year including an annual concert at the Museum of Contemporary Art. Kiyomi also serves as the resident creative director at AIRMW, often producing the brand for the organization’s multiple arts initiatives including 思考回路 ・ Shikoukairo: Patterns of Thought. 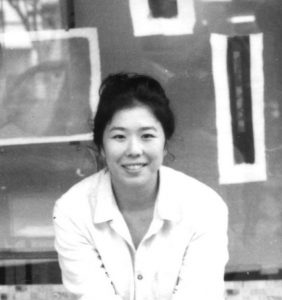 Kioto Aoki is an artist and educator using the material specificity of the analogue image and image-making process to consider the intimacies of sight and relativity. Responding to and formed by observations and experiences of the everyday, she forms a rhetoric of nuanced quietude that explores various mechanisms of spatial and visual acuity. The conceptual vernacular of her work withholds a narrative, redirecting one’s attention circles back to the body in space and time. The body activates, holds, and navigates the propositions of the analogue image through books and installations. A philosophy of attentiveness, a practical and simultaneously idealized slowness is used to recalibrate time as a lexicon of visual phenomenology: a dialogue of subtlety and playful implications.

Kioto is also a descendant from the Toyoakimoto performing arts family with roots dating back to the Edo period. Studying under her Tokyo-born father, she carries on a simultaneous musical artistic lineage in Chicago, playing taiko, shamisen and tsuzumi. Her musical practice maintains a balance of retaining the artistic and aesthetic integrity of traditional Japanese music with a musical flexibility that extends beyond the measures of cultural preservation. Her playing is informed by the Japanese aesthetics of ma while challenging the common misinterpretation and beliefs of percussion as rhythm, and uses often stoic gestures of sonic textures, abstracted soundscapes and embodied phrasing that incorporates choreography as part of melody. She leads the National Gintenkai Project & Tsukasa Taiko, the Japanese drumming program at Asian Improv aRts Midwest and is Curatorial Manager for AIRMW’s Arts Initiatives Program.